It’s that time again! Time to have fun and burst into some laughter. Since you all enjoyed our previous list of famous and still funny Chuck Norris jokes, let’s get a little bit nostalgic for our childhood favorite knock-knock jokes! Some may be considered a bit superfluous, as they are meant mostly for kids, but grown-ups also enjoy them. Well, almost all grown-ups, as it would seem they are not at all popular in Brazil, for instance, but according to E-List Mania, they are still loved in the U.S., Great Britain, Australia, and even South Africa. However, exceptions are common. Some people downright hate the knock-knock jokes. Sorry…

This “call and answer” exercise has a very basic structure which is usually based on a word-play pun. Since it is based on using words not just for their meaning but more for their phonetic features, it is also a good practice for children to improve their language skills and verbal intelligence. There are, of course, other means to keep the audience entertained besides the knock – knock jokes, but many of them are still quite seriously funny, even if old.

Let’s see the joke structure as explained by E-List Mania: the jokes starts with “knock, knock” followed by the inquiry, “who’s there?” The person delivering the pun gives a response, usually a name, that sets up the pun. The recipient, of course asks, “Name who?” Then the punster delivers the punch line, which is usually a pun on the name or word.

It sounds a little bit boring when explained this way, but let’s skip the theory and shorten the introduction and see 60 Internet’s most favorite funny knock – knock jokes!

Knock knock…
Who’s there?
Cows go.Cows go who?
Cows go moo not who.

Let us in, we’re freezing! 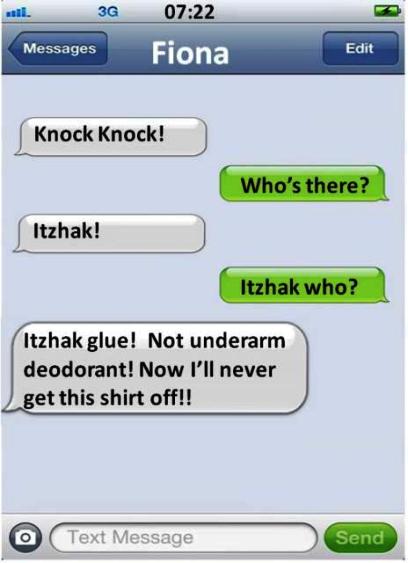 Nobel, that’s why I knocked!

Madame foot’s caught in the door! 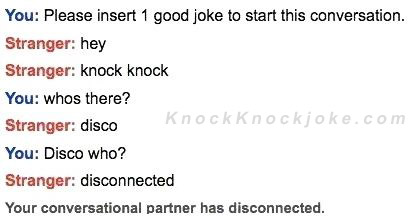 Wow! I didn’t know you could yodel!

Sorry, I didn’t know you had a cold…

Juno that I’m out here, right? 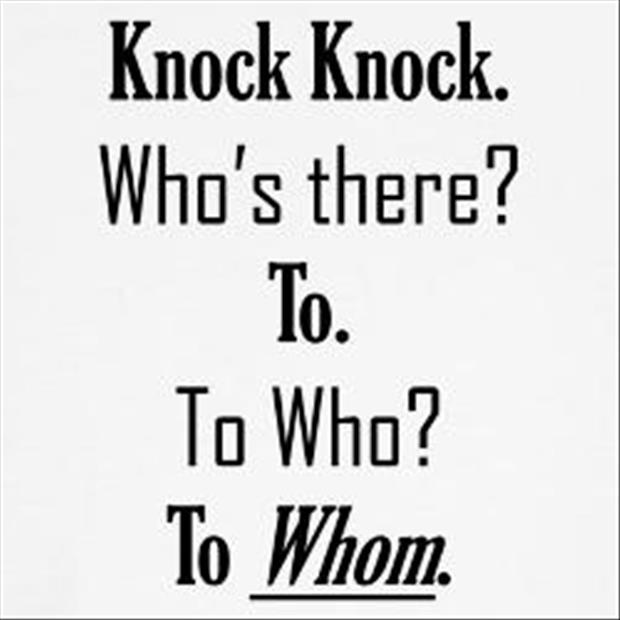 Justin the neighborhood, thought I would drop by…

Prev1 of 4Next
Use your ← → (arrow) keys to browse
Shares