As we all know, when it comes to speed you can’t go too fast in an elegant sports car. If you want to feast your eyes on the top 10 fastest cars in the world and find out what’s the actual highest speed reached by car, just take a look at our list of impressing cars. Keep in mind that beautiful sports car come at pricey costs, but who doesn’t dream of riding in one of these high tech jewels?

Adrenaline junkies and car fanatics worldwide can rejoice! There is an ideal, dream beauty car for everyone and every one of them can reach unbelievable speeds. Cutting edge technology and design, as well as performance, don’t come at an affordable price, but everyone can enjoy the pleasure of seeing such beasts for free. Read through our top 10 fastest cars in the world and chose your favorite!

Top 10 Fastest Cars in the World 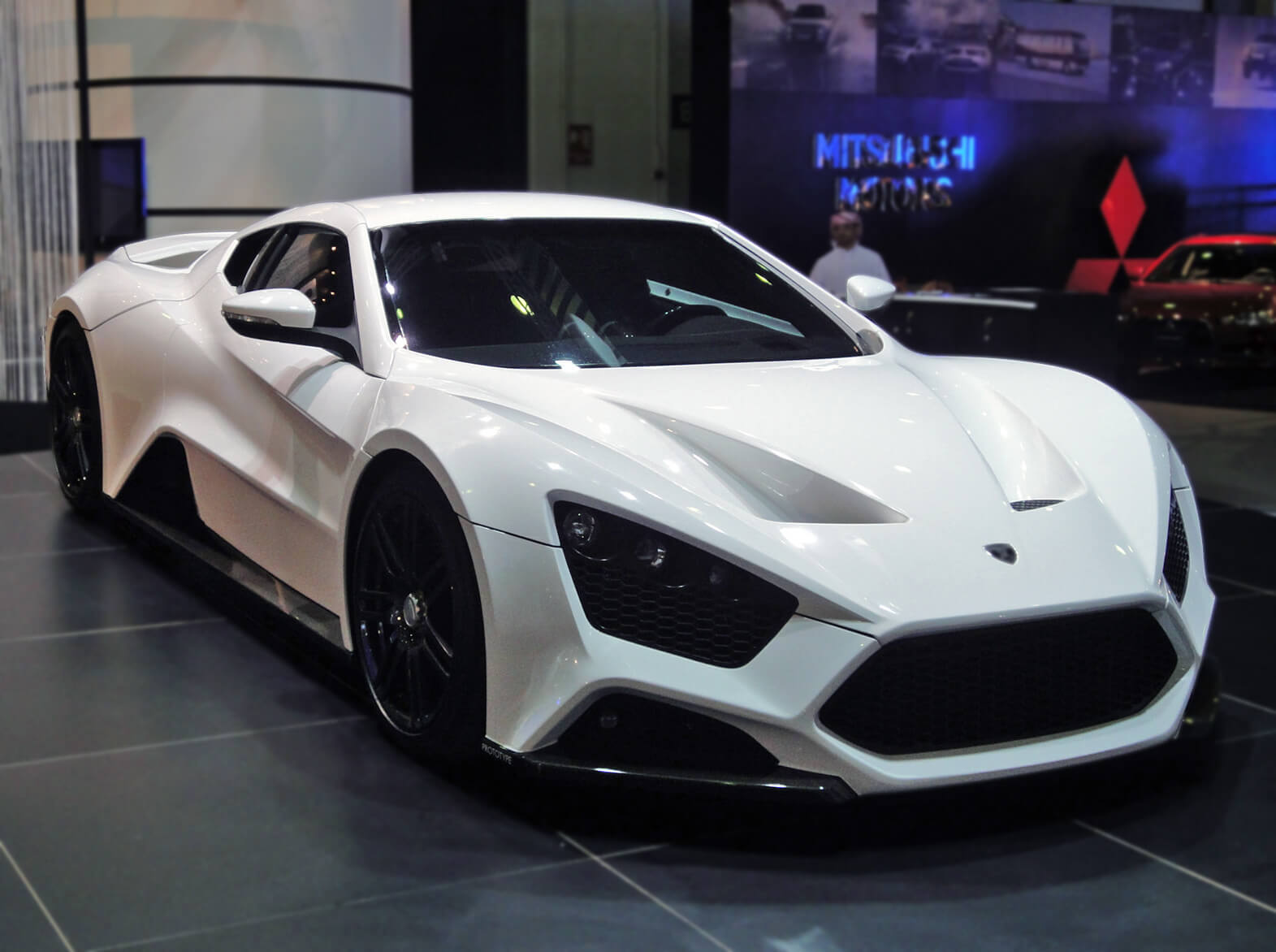 Opening our top 10 fastest cars in the world, the Zenvo ST1 is a sleek and sexy sports car that can compete with any other machine presented above. Created and produced in Denmark, there are only 15 models of this high-performance sports car that were produced and built. A rare and beautiful creation, the Zenvo ST1 is a luxury item reserved for the wealthiest among us. Regardless of its price, it makes an amazing car for everyone who is passionate about driving and wants to experience the pleasure of being at the wheel of such a remarkable creation. 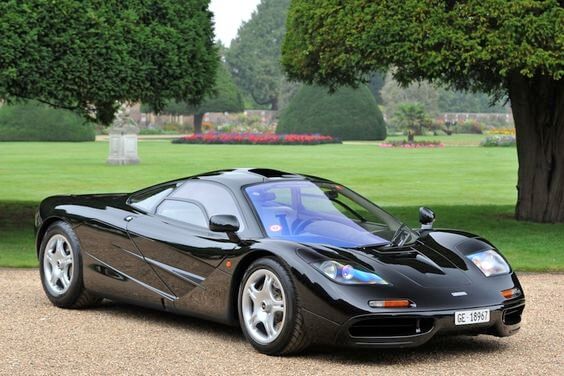 The McLaren F1 is a miracle of aerodynamics and engineering, and its overall aspect is incredibly attractive. A race car that combines power and speed, but can still be adapted for driving on public roads; the McLaren F1 is the pride and joy of the manufacturer, McLaren Cars. Winning various awards and being considered one of the best cars ever built, McLaren F1 has rapidly become a classic among car enthusiasts, regardless of its position in the top fastest cars in the world. 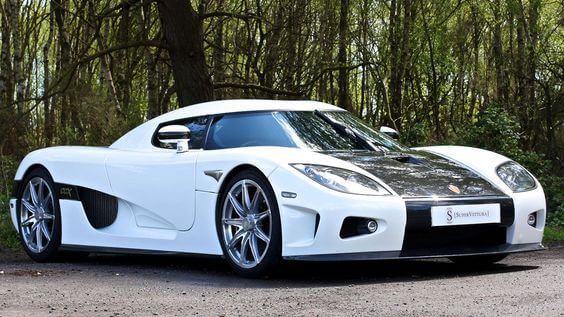 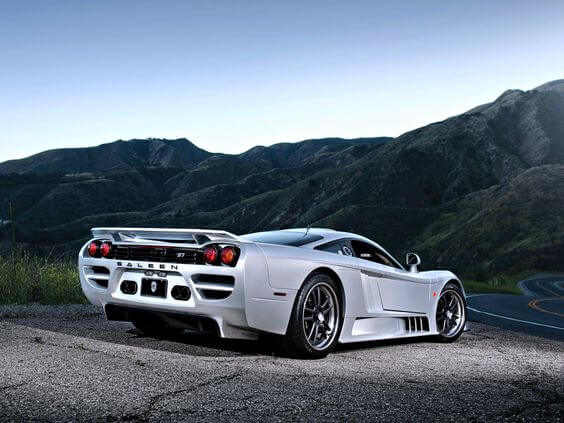 The Saleen S7 Twin is another 2-door coupe, this time, produced and built in America, between 2005 and 2009. The Saleen S7 Twin is a revised and improved version of the S&, being designed with the purpose of being used as a racing car at various competitions such as Le Mans.  It has an even  more powerful motor that can reach approximately 1000 horsepower and its performances are impressive. Lean, incredibly fast and agile, the Saleen S7 Twin was used by professional racing teams on numerous tracks around the world. 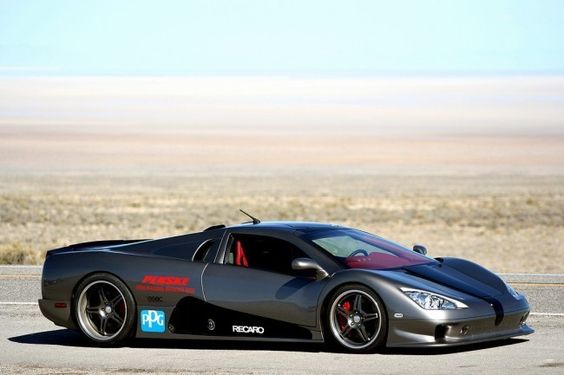 Produced by the SSC North America, the SSC Ultimate Aero is a super-sports car that offers luxury, comfort, and high speed. Designed for people who want cutting edge technology mixed with amazing features, the Aero used to be the fastest production car in the world. Currently ranking sixth in the top 10 fastest cars in the world, the Ultimate Aero is a stunningly beautiful two-door coupe that can certainly be featured in any action movie. Its exquisite design and performance make the SSC Ultimate Aero a dream car for any speed addict. 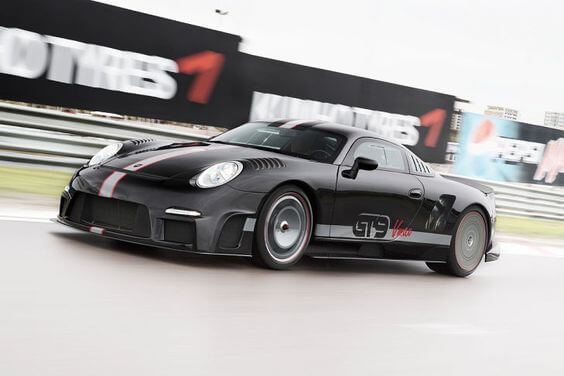 Closing the top 5 fastest cars in the world is the 9ff GT9-R, an international award winning car produced by the German company 9ff. Created and designed with the fanatics of motor cars in mind, the GT9-R delivers an amazing experience. It’s created to offer performance and unbelievable speed, and it can reach 257 mph. Ranking fifth in our top fastest cars in the world, this remarkable sports car can even be customized to fit the taste of the owner. Of course, that is the case if you can only afford to pay around $1,010,000 for this racing beauty. 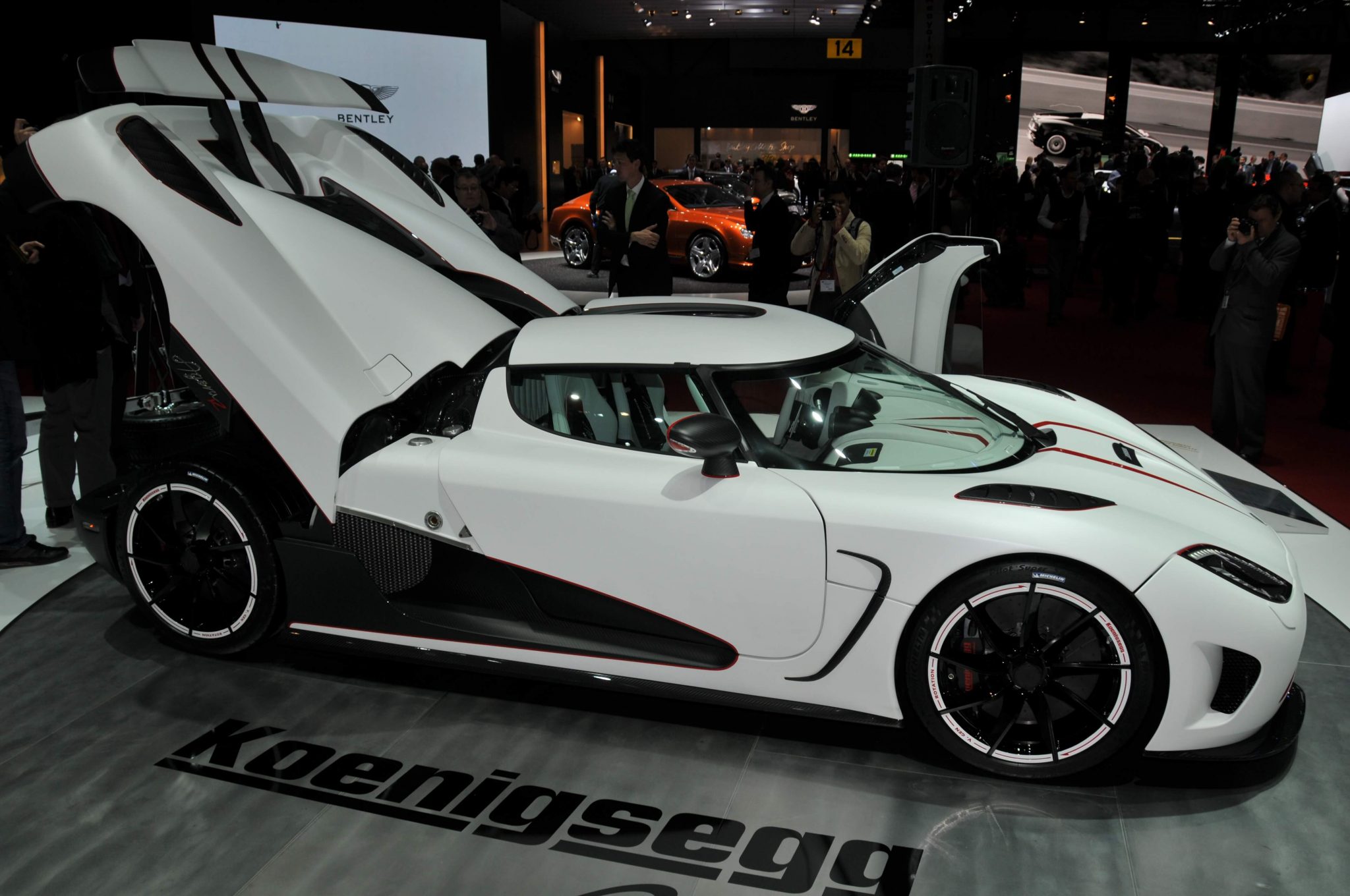 The Agera R model is the latest result of Koenigsegg’s continuous strive for perfection. Designed and built specially to offer high speed, the Agera R has enhanced aerodynamics that turns it into a perfect race car. The high technology involved in creating and producing this luxury car and the incredible speed it can reach, make the Agera R our fourth place winner in the top 10 fastest cars in the world. 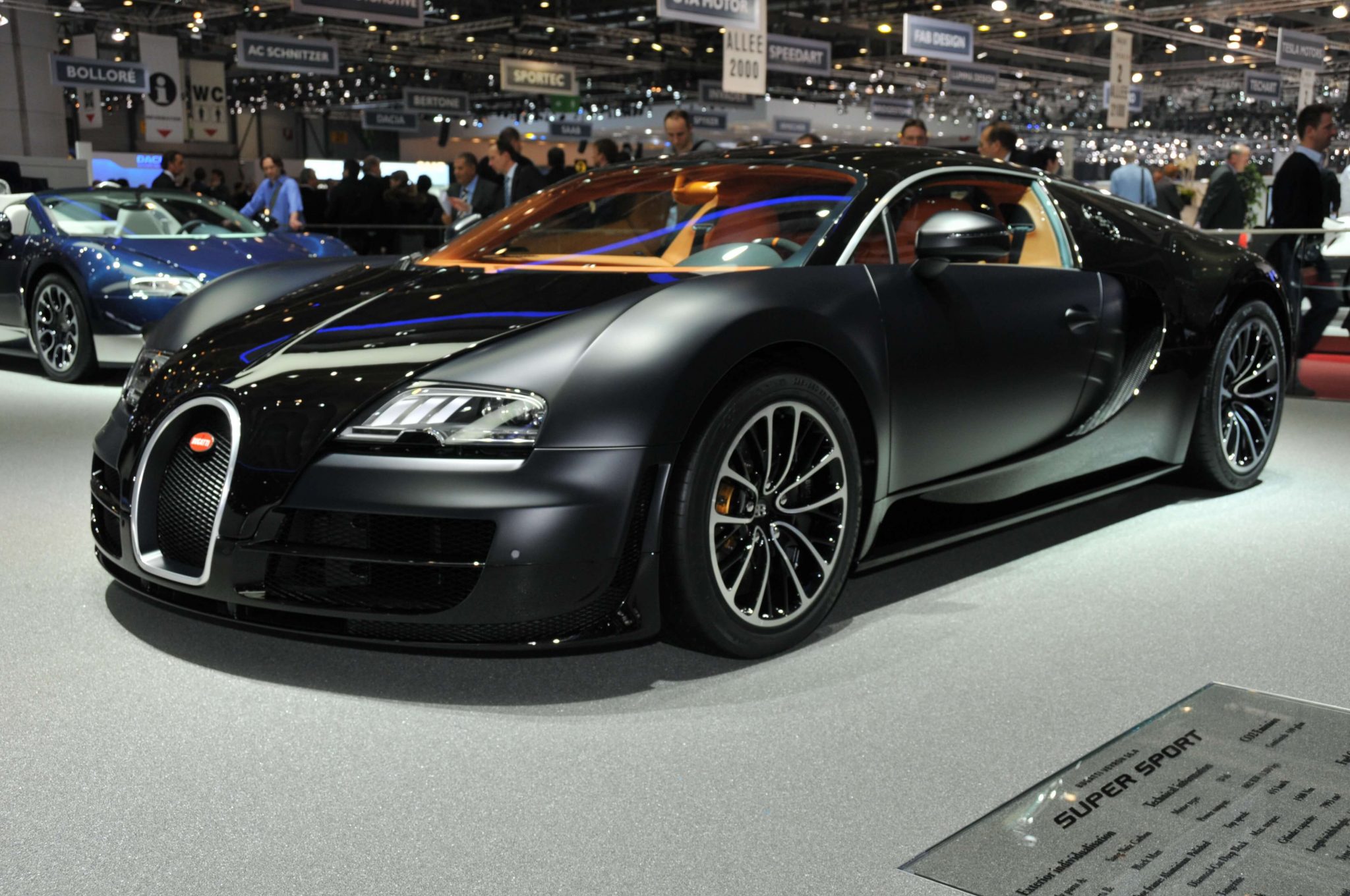 This car designed and built in Germany ranks third in the top 10 fastest cars in the world, with a maximum speed of 268 mph. Bugatti Veyron is one of the most remarkable luxury sports cars available on the market, and it is considered by specialists one of the best cars ever produced. Top Gear chose the Bugatti Veyron as the Car of the Decade and best car award for the decade 2000-2009. Still today, everyone who can afford this top 3 fastest cars in the world candidate is impressed by the sheer power and speed delivered by the Bugatti Veyron. 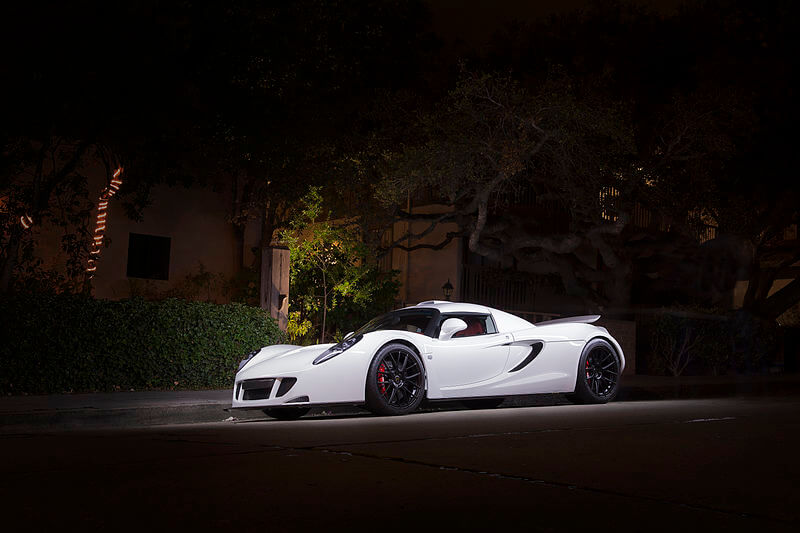 With a stunning price starting from $1,000,000, the Hennessey Venom GT used to be the fastest car in early 2016. Its record is still impressive, the elegant sports car managing to reach a speed of 270 mph when tested at the Florida NASA runway. Equipped with a 7.0-liter engine that can produce 1244 hp, this remarkable supercar is the dream of all racers. If you have an addiction to speed and a passion for state of the art cars, the Venom GT is your dream car. 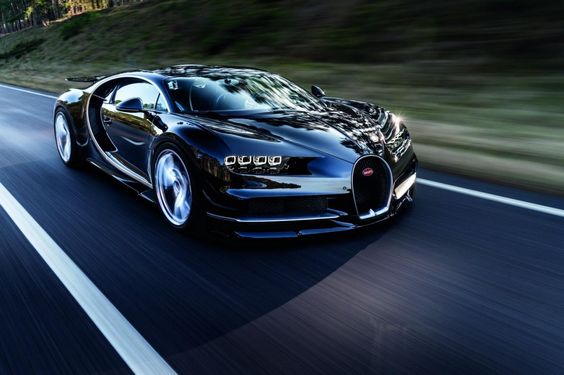 Bugatti Chiron is currently number one in the top 10 fastest cars in the world, having reached the impressive speed of 288 mph/ 464 km per hour, which is at the moment the fastest car in the world top speed.

This super sports car is a wonder of technology and design, supposedly capable of reaching even higher speeds, but programmed to stop at 288 mph. Marketed as a combination of beauty and beast, Bugatti Chiron is an agile, powerful and luxurious car that broke the previous speed record held by Hennessey Venom GT.

This is our top 10 fastest cars in the world list; we hope you enjoyed discovering these remarkable creations. Sleek, elegant and incredibly fast, these cars were created to deliver performance and speed, while not compromising on the visual aspect. Beauty, power, and incredible speed, what more can anyone ask for in a car?

Browse through our top 10 fastest cars in the world and let us know if we have missed anything. What’s your dream fast car and where would you like to drive it?