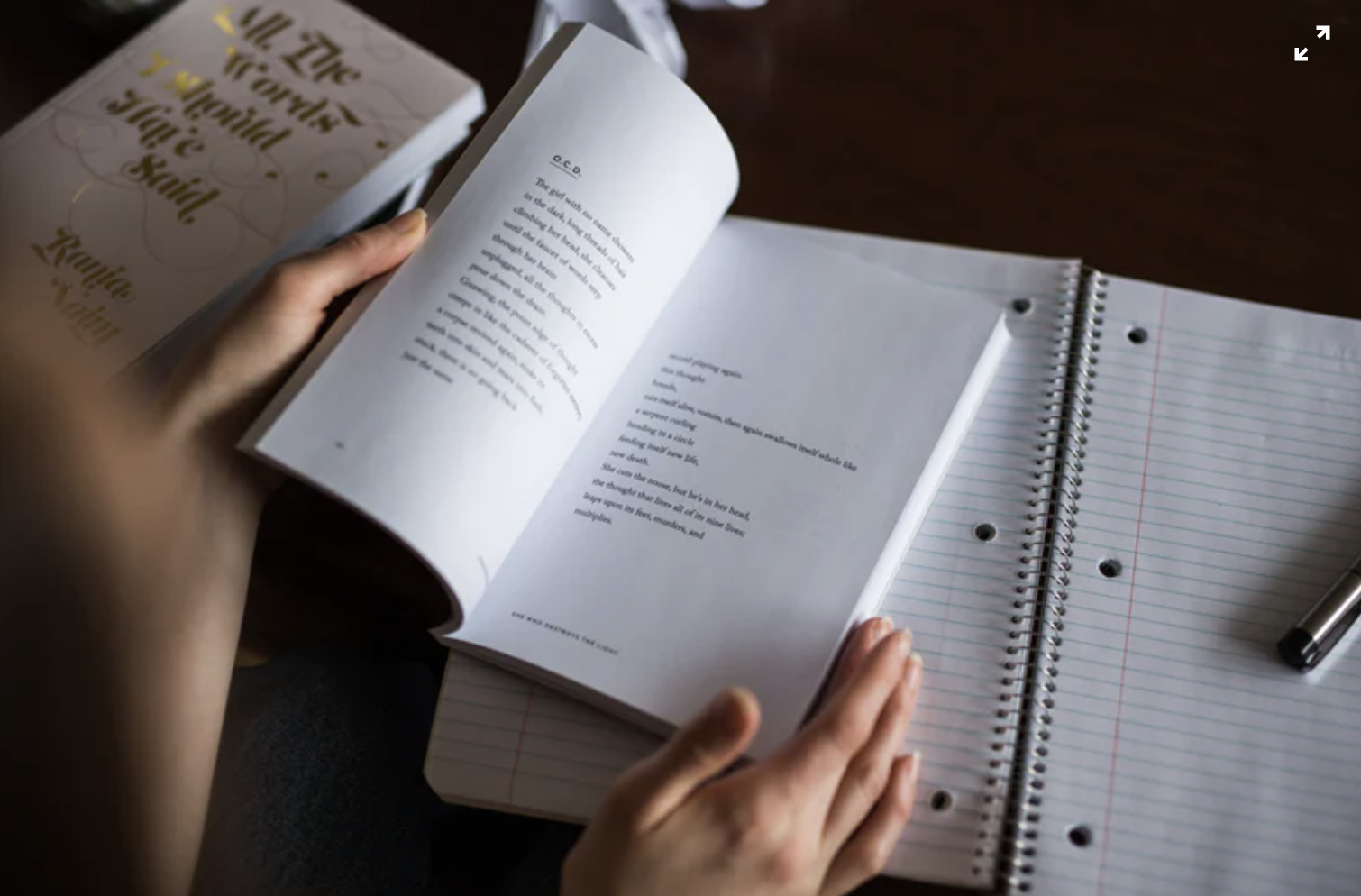 Are you a Parks and Recreation fan? Then, chances are one of your favorite characters is the ornery Ron Swanson. Ron Swanson quotes are easily one of the funniest and best parts of the show due to his strong stances on society, personal resolve, and overall hilarious personality.

Are you confused about who Ron Swanson is? Don’t worry, below we’ve compiled a list of frequently asked questions to help answer any inquiries you might have. We’ll explore everything from what Parks and Recreation is to why it’s so popular!

​What Is Parks and Recreation?

Parks and Recreation is considered a political comedy that has a lot of heart and a lot of laughs. If you’re looking for a show to wind down to at the end of the day, this is the one for you. The best part about this show is the characters. The character development is so well done, you’ll find yourself looking up articles like this one finding the best quotes for each character (not just Ron Swanson quotes).

​Who Is Ron Swanson?

The best part about the show is Ron’s small government mentality. Working in the government field himself, he strives to surround himself with employees that produce as little forward momentum as possible. This is where most of the hilarity lies, watching the friendship unfold between Ron Swanson and the overachieving lead, Leslie Knope.

​Why Is Parks and Recreation So Popular?

​Parks and Recreation was one of the most popular television shows in American history. With over 100 episodes and seven seasons, this was a show that graced television screens across America from 2009 to 2015. It became popular due to the in-depth, funny, believable, and lovable characters. Even the Sexiest Man Alive nominee, Chris Pratt, got his start on this sitcom.

It’s no secret that Parks and Recreation is a joyful masterpiece that ages impeccably well. The show was nominated for eight Primetime Emmy Awards, a Golden Globe, and an additional Golden Globe nomination for Best Television Series: Musical or Comedy. Parks and Recreation is also a proud winner of Time’s number one television series of 2012 and the Television Critics Association Award for Outstanding Achievement in Comedy.

​Where Can You Watch Parks and Recreation?

​Parks and Recreation can be watched through a variety of mediums. Not only can you purchase the seasons or complete series on DVD, in stores, and online, but you can also stream the television show. Streaming television shows is all the rage. You can stream shows on your phone, tablet, computer, and more! We recommend checking out the following locations to purchase and watch Parks And Recreation:

The political climate created for this show was thoroughly researched across a wide range of platforms. Not only did the writers study California politics, but they also consulted with elected officials to ensure utmost accuracy and believability. After the initial season aired, many people felt the lead, Leslie Knope played by Amy Poehler came across as unintelligent and too silly.

After the initial criticism, the writers incorporated their research into the show to make it more smart, timely, and serious. In season two, you can start to see some episodic events inspired by the financial crisis of 2007 and 2008. You’ll even see real-life politicians stopping by for an episode or two to make an appearance, such as Joe Biden, John McCain, Michelle Obama, Us Senator Barbara Boxer, and more.

​How We Reviewed the Best Ron Swanson Quotes

​Our list of the top ten funniest Ron Swanson quotes was extensively researched across all seasons of the television show. We wanted to ensure we selected a mix of quotes that were not only hilarious but that accurately represented the character himself. Additionally, we took into account the popularity of these quotes. Some of the quotes are so renowned that almost everyone will know what you’re referring to.

​“There’s only one thing I hate more than lying: skim milk.
Which is water that is lying about being milk.”

​If there was ever a quote to sum up Ron Swanson’s existence, it just might be this one. He almost always has strong opinions when it comes to food and drink. That’s what makes Ron so lovable and quotable.

​“I’d wish you the best of luck, but I believe luck is a concept created by the weak to explain their failures.”

​Did we mention that Ron Swanson quotes would show off his darling personality? This is a classic quote that gives insight into the complexity of Ron’s relationships. He wants to be supportive but always in his own way.

​“Dear frozen yogurt, you are the celery of desserts. Be ice cream or be nothing. Zero stars.”

​This is one of the Ron Swanson quotes that gets funnier the more you read it. Aside from the fact that Ron is once again showcasing his dislike for popular culture, he is forever sharing how he feels about food choices. The zero star rating just adds to the hilarity.

​One of the more politically incorrect Ron Swanson quotes to date has to be this one. Ron Swanson never pretends to be anything other than his authentic self. That much remains to be true in this telling and darkly humorous quote.

​Talk about a zinger; this Ron Swanson quote lets you in on how he really feels. Although Ron doesn’t like caring about people, sometimes he just can’t help it. That’s what makes Ron so hilarious and lovable.

​“Clear alcohols are for rich women on diets.”

​Are you starting to see the pattern of food and drink preferences? Ron Swanson is particular about natural foods and dark liquors. You would never catch him eating a salad and drinking a martini.

​“Crying:
Acceptable at funerals and the Grand Canyon.”

​Did we mention that Ron Swanson is completely emotionally unavailable? Crying is not an acceptable emotional response for most things in Ron’s world. The only places he’ll allow it is the Grand Canyon and funerals.

​Did we mention that Ron Swanson quotes also covered fashion? Of course, this opinionated man has something to say about each subject. This quote showcases what he finds appropriate for men’s haircuts.

​“There are only three ways to motivate people: money, fear, and hunger.”

​Ron Swanson’s military, strict personality bleeds itself into every aspect of his life. It makes you wonder what this man has seen to justify some of his stories or quotes. For example, the quote above, you can’t help but wonder how he knows this.

​“On my deathbed, my final wish is to have my
ex-wives rush to my side so I can use my dying breath to tell them both to go to hell one last time.”

One of the funniest Ron Swanson quotes is the one about his deathbed and his ex-wives. This quote will really strike a chord with you if you have an ex-wife. After all, there’s nothing funnier than Ron and his interactions with his ex-wives.

Now that you’ve learned all about Parks and Recreation and the lovable libertarian that is Ron Swanson, you’re ready to start sharing quotes! We simply picked the ten quotes we felt represented Ron Swanson the best and that made us laugh the most. If we had to pick an all-time favorite it has to go to the very last quote on our list.

The Ron Swanson quote that wins the first place spot of the best quote is:  “On my deathbed, my final wish is to have my ex-wives rush to my side so I can use my dying breath to tell them both to go to hell one last time.” The reason this quote nails the number one spot is not only due to the hilarity but due to how well it shows us who Ron Swanson is.

Throughout the series, Ron’s character struggles with his relationships with his ex-wives. The ex-wives, to his credit, are very trying and mean-spirited women. In all actuality, one of Ron Swanson’s ex-wives is named Tammy. Believe it or not, Tammy is played by Megan Mullally, Nick Offerman’s (the man who plays Ron Swanson) actual wife. This quote also helps showcase his hard shell and helps you appreciate the few personal relationships he has within the show that much more.

Many of the more popular Parks and Recreation quotes can be found on mugs, t-shirts, and more for you to bring the laughter with you. Just don’t binge the seasons too fast or you’ll find yourself desperate for more. Luckily, you can re-watch again and again.  Go ahead and re-watch this series to make your own top ten list of quotes for your favorite characters!