The Office is one of those shows that can literally hurt to watch—from laughter. It’s also one of the most quoted television shows in recent history. Fellow "Office" fans can spot Office quotes a mile away and are pulled to each other like a compass to due north.

The Office quotes are good in almost every situation because they can be so ridiculous. They’re funny no matter where you are and who you’re with. Give any of these a shot and people will either laugh because they know and love the show or because they think you’re awfully irreverent and quirky—maybe sometimes they'll laugh in discomfort, and that’s ok. If they don’t know the quote, claim it as your own; we won’t tell. Just be sure to look in the eyes of everyone around for recognition. You can’t rip off Office quotes in front of a fan—they’ll judge you.

The Office is a comedy that aired on NBC from 2005 to 2013. It’s a spinoff of the British television show of the same name. Comedians Ricky Gervais and Stephen Merchant created it and it ran for two seasons in Britain. Both series follow the format called mockumentary. The premise is a television crew is doing a documentary on employees working for a small paper company.

Set at the Dunder Mifflin Paper Company in Scranton, PA, the audience watches the lives of hilarious and quirky characters unfold before the cameras. Every episode strikes comedy gold with both genius writing and a crazy talented cast. Veteran funnyman Steve Carell headed up the ensemble that included newcomers John Krasinski, Rainn Wilson, and Jenna Fischer. Other big names like Ed Helms, Mindy Kaling, and Ellie Kemper joined the show in later seasons.

2. How Successful Was The Office?

The first season wasn’t fully embraced. The reviews varied and, in later interviews, some cast members were sure the show would be canceled after the first season. NBC renewed it, and it caught on like wildfire with audiences and critics alike. This is a list of awards won by The Office:

Some critics said the quality of the show went down in the final few seasons of the show, but audiences didn’t see it that way. Steve Carell wasn't in the final two seasons and some fans saw that as the beginning of the end for the show—sort of like when Jefferson left Starship.

3. Where Can You Watch The Office?

That’s the beauty of streaming media—you can find The Office just about anywhere. There are complete DVD sets available or you can buy individual seasons. The real joy comes from streaming it from Netflix, uninterrupted, from your bed. It’s the show that can cause you to call in sick, skip bathing completely, and blow your budget on pizza—it’s that funny.

You can also find all seasons on iTunes. Comedy Central also streams episodes on their site and mobile app.

4. When Can I Use Office Quotes?

Anywhere and everywhere. It works best in group settings when there’s at least one other person in on the joke, but it’s totally unnecessary. We give big props to the people at home, alone, quoting quietly to themselves as they go about their day-to-day lives—we give bonus points when they make themselves laugh out loud. Throw in a gif and feel free to throw Office quotes on all of your social media accounts—they’re sure to get you some virtual likes from your virtual friends.

We reviewed this list of Office quotes based on the feeling that started in our stomachs and made its way up our throats and out our mouths. Laughter, people—we’re talking about laughter. We also considered the character that said it and its feasible practical application in your life. You’re welcome.

Just remember, you have to get the quote right, or you’ll pay in embarrassment. What if you’re in a room with connoisseurs of The Office and you don’t nail the landing? Just go home. Staying will only mean disappointed looks from others and your constant paranoia about having just missed a home run while the bases were loaded.

You can be rewarded, too. Just going about your day and find the perfect opportunity for a well-rehearsed quote from The Office? Do it. Don’t hesitate. If done well, you’ll get the same rush poker players feel when they lay down a royal flush. Yeah—it’s that good.

This little gem comes from the episode "Casual Friday." Andy, played by Ed Helms, is just trying to be clever for the camera and delays what Dwight deems a very important meeting. As an aside, Dwight wrote an invitation to the meeting in invisible ink (urine) on an office-wide memo.

You can use this for any challenge sent your way. We like this better than the standard version that ends in Donkey Kong. That one’s been done and, frankly, annoyed us from the beginning. Use this one sparingly because it’s one of the more recognizable Office quotes. You can’t just go giving this one out to everyone.

Michael hits us with this one in the episode "Fun Run." He hit another employee, Meredith, with his car but is blaming a curse. Of course he is. That’s why we love Michael—he’s part man, part child. He wants everyone in on the secret and then forgets sometimes the secret could make him look like a terrible person.

Please use this often. Any time a black cat crosses your path, you walk under a ladder, a mirror breaks, or a curse hits someone else with your car. You’ll get a laugh from anyone, fan or not. It’s amazing how such a small thing can get such a big laugh (that’s what she said).

Michael says this in the episode, "The Chump." Michael is having an affair with a married woman and Andy is trying to teach him a lesson by referencing the movie "Obsessed," starring Beyoncé. Andy says he’ll be playing Beyoncé and Michael, missing the point, wants to be Beyoncé.

This is one of the less recognizable Office quotes, so you don’t have to hold back. Use this when you didn’t get something you wanted, someone suggests you aren’t the star of a situation or when someone says they like Beyoncé—the possibilities are endless. As always, you don’t have to explain it to someone who doesn’t understand where it came from.

"Disposable cameras are fun but it seems a little wasteful. You never get to see your pictures."

Our resident, lovable ditz Erin says this in the episode "Counseling." Bless her soul, she takes a picture, sees it was the last picture available on a disposable camera, and tosses it into the trash. She then reflects in this matter-of-fact quote. This line highlights how brilliant the writers of the show were. As you’re watching the episode and hear her say it, it seems totally reasonable coming from her and it gets a laugh instead of an eye-roll.

You can use this as-is or you can swap out a few words and make it (almost) your own. Since disposable cameras are almost non-existent anymore, you can snap a picture with your phone and comment “I’m glad this isn’t a disposable camera… that would be an expensive throw away”. Are you picking up what we’re putting down? If someone is a true fan, they’ll get it even if it takes a minute.

"Should have burned this place down when I had the chance."

In the episode "Garage Sale," Michael says this after having tried to propose to his girlfriend by writing it out in gasoline. This one has gotten extra attention because it’s been the senior quote some slick students have used in their yearbook. Being the unfunny machine that it is, some high schools didn’t find it funny (but still put it in the yearbook).

Making sure she didn’t get in trouble, one high school senior got even more clever and used the words "The Office, season 7, episode 19, minute 14:45." She’s kinda our hero. This quote is best used after there’s been some mayhem in a home or office setting and you can casually lean over to one person and say the line. It’s important to look straight ahead afterward and give away nothing.

"I wish I could menstruate. I'd be more in tune with the moon and the tides."

It’s important to note that Dwight also says he wouldn’t have to deal with idiotic calendars anymore if he could menstruate. You can find this on the episode "Women’s Appreciation." Dwight is the best. He’s very serious, always right, and continuously suspicious—nothing you want in a boyfriend and everything you want in a… well, Dwight.

We’re not sure where you could safely use this oh-so-delicate of Office quotes. You can try it on your girlfriend or wife when she’s complaining of cramps, but just know it could violently backfire in your face.

"Every little boy fantasizes about his fairy-tale wedding."

Oh, Andy. In the episode "Weight Loss," Andy is sure he’ll be marrying Angela who’s making it very difficult for him, but he’s excited. He says this line from the bottom of his precious little heart.

We think this could add a classy end to a bachelor party speech or as part of a best man’s speech. Wherever you use this, do it with a twinkle in your eye and a smile on your face.

Meredith gives us this gem in the episode "Suit Warehouse." Meredith is the office nasty girl and the hits just keep coming. Deadpan at the camera is her M.O. and we love her for it.

Frankly, this is one of the most usable Office quotes. When can’t you use this quote? Almost never—that’s when. You can use this as a reply to any compliment on your clothes, makeup, or hair. If someone points out you swear a lot or are inappropriate—hit ‘em with this. Your fellow Office heads will know where you’re coming from. Everyone else may think you’re a little dark and inappropriate, but that can be fun (that’s what she said).

"I don't care what they say about me. I just want to eat."

Pam and Jim are the normal people on the crazy farm. Pam, stuck in a bathroom, admits this to the camera, during an excruciatingly long evening out in the episode "Dinner Party." Who can blame her? This one is best in front of a crowd but leaning into one person for an intimate moment.

"Through concentration, I can raise and lower my cholesterol at will."

Dwight delivers—and believes—this line in the episode "Health Care." It’s another example of the absurdity that is Dwight and why we love him so much. Obviously, you will use this with your doctor, dietician, or anyone that brings up their own cholesterol.

The key is to deliver this will gusto and certainty. You’ll get a strange look and maybe a little chuckle but hey, that’s half the fun. 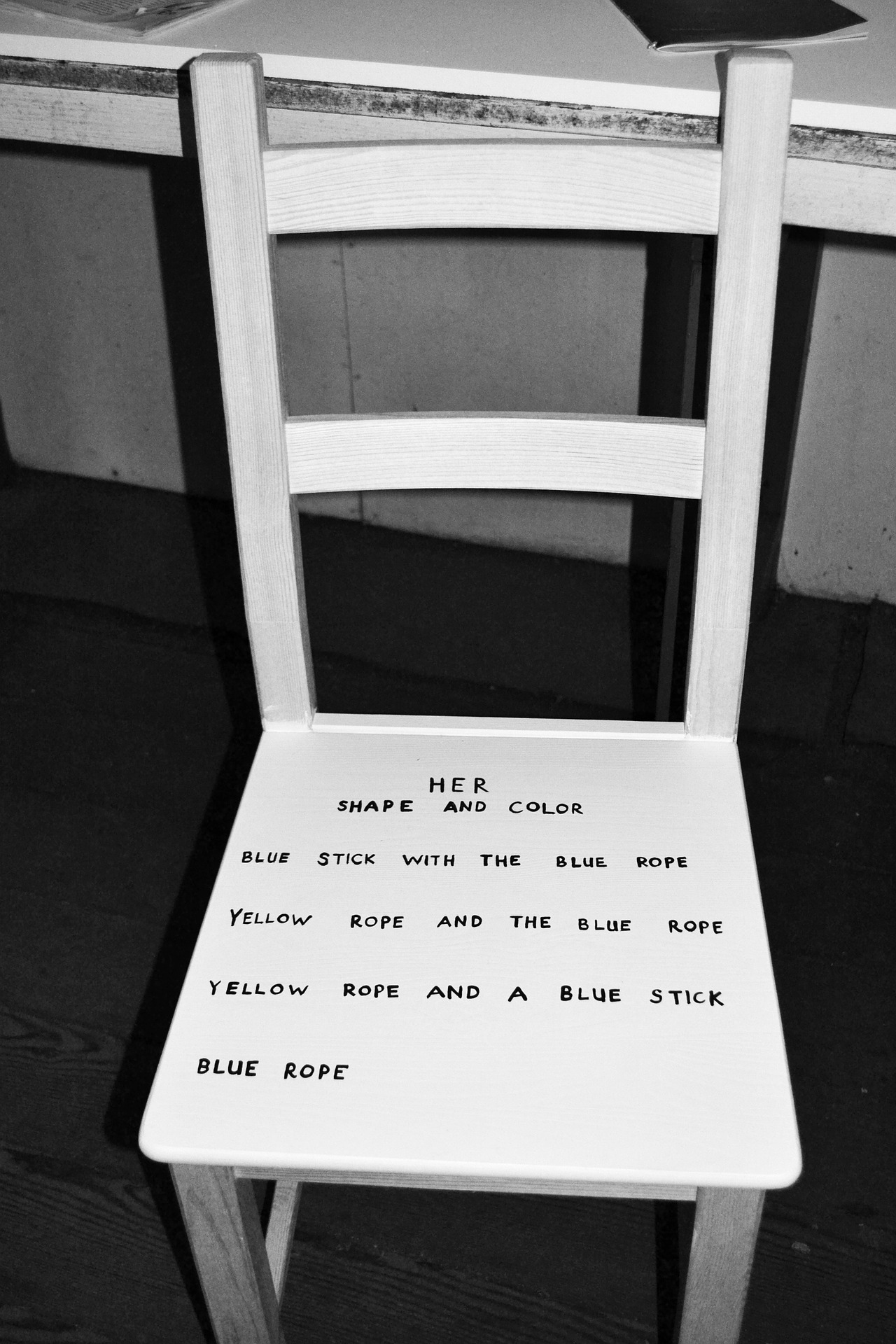 Image by nikko from Pixabay

All The Office quotes are brilliant, funny, and bring us to tears. You can place a well-timed quote in almost every situation as long as you memorize enough. Michael says, joyfully, "that’s what she said," in almost every episode in completely inappropriate situations, so that’s become our favorite of The Office quotes. You can literally throw it in anywhere and, well, that’s what she said.