If you are like me and can start a good day without the smell of fresh coffee, I understand you perfectly. Everybody knows about the positive effect of daily coffee consumption, as long as we don’t exaggerate and drink too much of it. However, there is much concern about the negative effects of it, because many people have a bad habit of drinking more than two cups of coffee per day. Coffee can be pretty well tolerated and does have its good effect on our organism, but things become ugly when we go beyond the normal dose.

Research released by the Institute for Scientific Information of Coffee (ISIC) has shown that moderate levels of consumption, such as three or four coffees per day may reduce the risk of Type 2 diabetes by up to 25 percent. Obviously, there are other benefits to drinking coffee, but today we are also going to talk about the bad habit of drinking too much caffeine and what risks this exposes you to. Therefore, check out our list below, with the top ten negative effects. 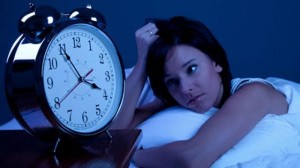 Probably the first sign of drinking too much caffeine is directly linked with insomnia and the lack of the normal hours of sleep that a person requires. People who regularly drink too much coffee during a day will be inclined to spend long nights, which may affect the quality of sleep, as well as bringing about other side effects of excessive caffeine consumption. I personally know what insomnia is like, because I’ve been coping with it for the past few days and it’s not the best thing for your daily productivity.

2. It can produce a lot of stress and tension 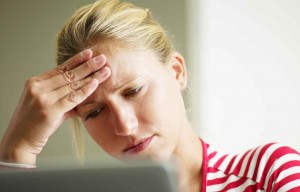 You may have been facing some difficult times lately, but don’t try to add more coffee to your regular diet, in order to feel energized. Yes, you can still keep that good habit for the morning and enjoy your favorite coffee blend, but keep it simple and in moderate quantities. Ingesting lots of coffee will immediately have a negative effect on your health, as it releases several stress hormones: cortisol, epinephrine and nor-epinephrine; in turn, these chemicals will accelerate your heart rate and can even up your blood pressure. The fact that you feel energized for a short time only comes with a major pitfall, because on the longer-term your condition can become seriously damaged.

3. Caffeine can cause headaches 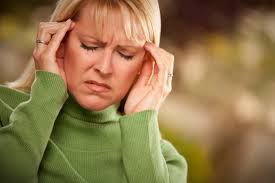 Once again, we remind you that we are talking exclusively about those cases when people exaggerate and have more than four or five cups of coffee per day. It’s a known fact that the impact of coffee on the body can be beneficial. It comes with a great positive effect for some people, as it helps reduce occasional migraines or headaches. But drinking too much caffeine, on the other hand, is harmful and may even do the opposite, i.e. cause painful headaches and even migraines. 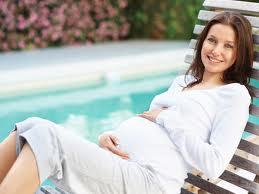 Is coffee harmful during pregnancy? Should you quit drinking too much caffeine? According to a study released by researchers at the University of Leicester, women who plan on having a baby should quit coffee completely, because it may come with the risk of fetal growth restriction, especially when they consume too much of it. The same effect applies to cigarettes, which are also harmful and can jeopardize your baby’s health.

5. Too much coffee can lead to teeth stains 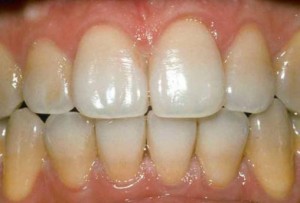 Stains on one’s teeth is a very common dental problem that may appear when people consume too much coffee. Just like nicotine, drinking too much coffee has this negative effect on teeth, especially when carried out over a prolonged period of time. An individual will develop yellow teeth and cavities, especially if they add a lot of sugar to their favorite caffeine drink. Aside from causing an unpleasant aspect to your teeth, this irritating issue is hard to get rid of; luckily, it can be combated with some treatments. 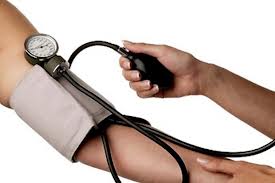 This is another negative effect of drinking too much caffeine, especially for people with hypertension. If you are suffering from this affliction, you may want to have a moderate consumption of coffee and control your number of cups per day. Your blood pressure will immediately elevate, after about two or three hours from consuming caffeine. Nobody actually says you have to stop drinking coffee, especially if you really enjoy it, but you may want to try other alternatives or lower your level of consumption.

7. You may have difficulties getting enough minerals 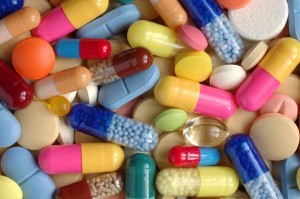 Here’s another warning that should tell you to stop the bad habit of drinking too much coffee during a single day. Excessive coffee consumption may affect your body’s capacity to get enough minerals from a normal diet. If you’re wondering what the main cause behind this is, you should know that coffee affects iron absorption in the stomach, which the kidneys’ normal way of retaining important minerals such as calcium, zinc or magnesium.

8. It can damage your liver 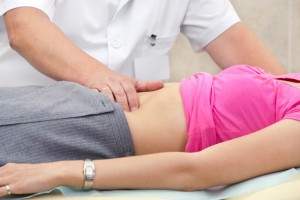 High levels of caffeine consumption can damage your lifestyle, plus your relationships with other people, especially if it is mixed with pain medication as well. But, most of all, it’s highly detrimental for your health. A study conducted by the National Institute of Diabetes and Digestive and Kidney Diseases has found that high amounts of caffeine consumption can be really damaging for the liver, when combined with acetaminophen.

9. It can make a person become irritable and irrational 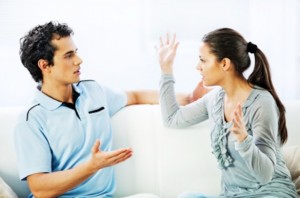 Some people tend to drink a lot of coffee and smoke lots of cigarettes when they are stressed out for various reasons, including relationship or financial problems, or even work conflicts. The worst part is that people may become irrational and irritable because of the situation, they lose control and end up doing/saying things they don’t really mean.

10. Drinking too much caffeine can make you depressed 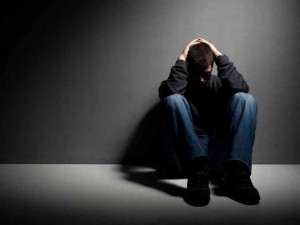 Given the recession, with people still struggling to find a decent job and many others considering the entrepreneurial alternative or part-time jobs/projects, many have become really stressed out. They are resorting to drinking too much caffeine, eating in unorganized manner that leads to depressive issues, as well as anxiety, negativity, fatigue or burnout.

Have you been drinking too much caffeine lately? Do any of these negative effects seem familiar for you? Please share any other thoughts you may have on this subject in a comment.