Merry Christmas everybody! Now we are sure you’re all getting ready to enjoy the holidays and sharing the Christmas spirit with your loved ones, finished shopping for gifts for the little ones (but shhhush, they already sent Santa their Christmas letters), you’re wrapping up the Christmas dishes and get ready to spend your free time relaxing and enjoying warmth and comfort with the family. Maybe some of you decorated their houses with hundreds of lights, while some of you get some milk and cookies ready for Santa to find. But since we all know and follow all too well the Christmas traditions, there are also some Christmas myths everybody is trying to debunk. Here is a very good article on four Christmas myths debunked that you may find interest in, if you are taking the debunking seriously.

We will also take debunking as a subject, but in a less serious matter, as it’s the holidays and we are here to share some laughs, some joy and some family fun, so we will give you our personal approach on a few Christmas myths debunked by showing you that there are at least 22 proofs that things aren’t the way you think…

Or not anymore! We talked about children’s letters to Santa before, but let’s face it, in the high-tech world we live in, kids nowadays don’t just write down their list of toys and items to receive, but are completely aware of how the modern world speeds around… 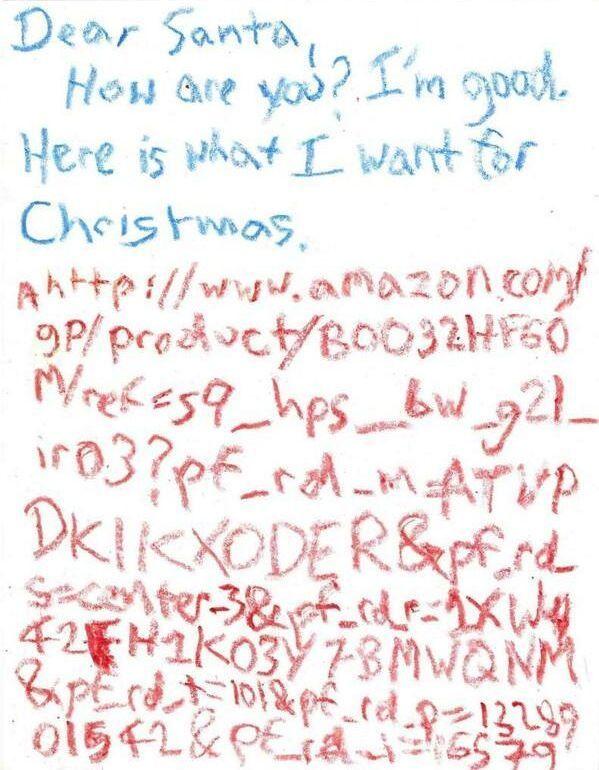 You know you say how important buying Christmas gifts is…

Let’s hear it from the Cynical God of All Truths! 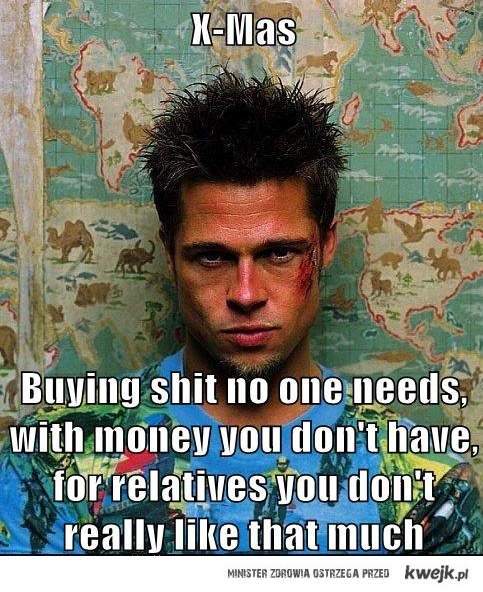 But hey, Santa is real and he’s gonna come down the chimney to bring us presents…

If he can fit into the chimney…

that is, as according to recent reports, he got a little bit fat these days… The popular belief is that Santa, although known for his substantial body mass, as depicted in this picture

According to the real reports, Santa

is an active opponent of obesity, and actually spends the majority of his time exercising. In order to prepare his body for a long night of binge eating cookies and chugging milk, Santa Claus adheres to a strict exercise regiment which he describes as “P90 X on crack”. There are no pictures of him in peak physical condition, but Mrs. Clause has claimed that he is “essentially a white Lebron James.”

And here is the proof! 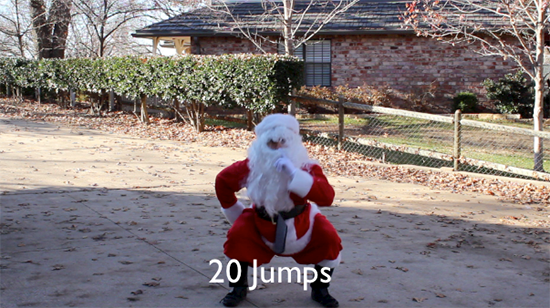 But what other things does he do when he’s not delivering presents?

Well, apparently he kinda likes to be on the booze, from time to time, and not always he’s able to hold his aisle… 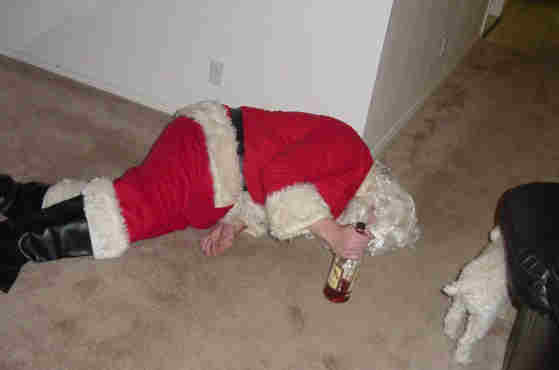 But not always, no, because in his free time he always finds time to fight for justice

Because Santa Claus is an active protester! 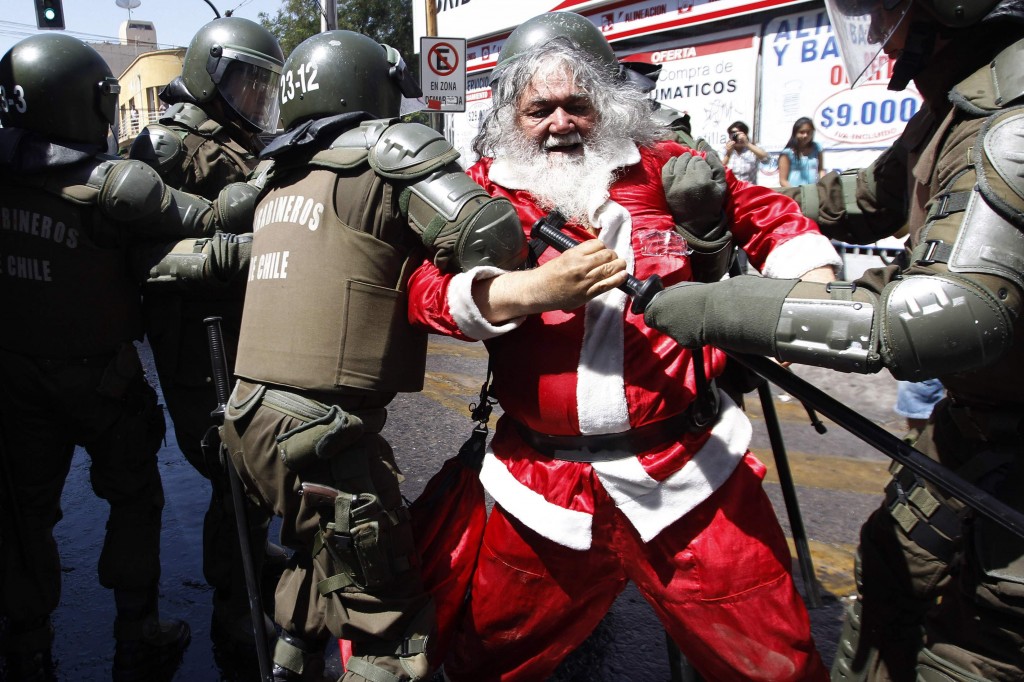 But when does he find the time to rest and get ready for the Christmas season?

Well he gets his mood up by partying in Madagascar!

But is it true or not that he can still have hold a happy marriage?

According to Mrs. Claus, there are some marital issues between her and Santa…

But we all know he is all powerful and knows exactly how well we behaved during the year! But how can he stay updated to all our actions? Does he really look at us and has intel on our every move? 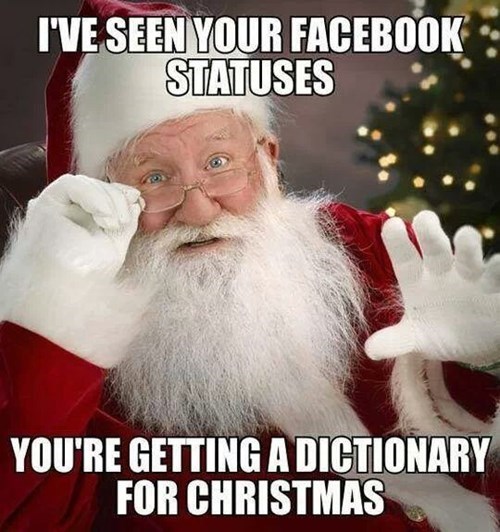 So now that he knows exactly what he should bring us, he calls on to all his reindeer… oh wait!

There are no reindeer anymore! 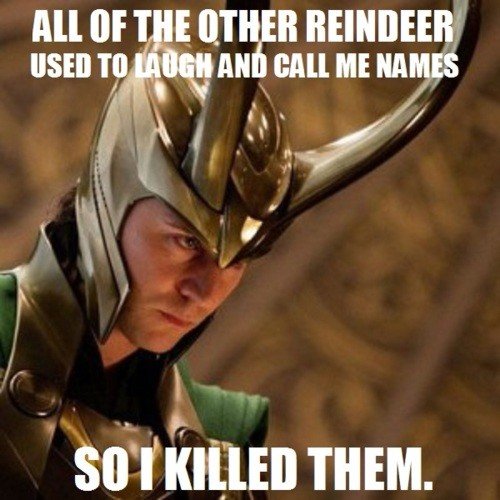 And now Loki is the new Rudolf! 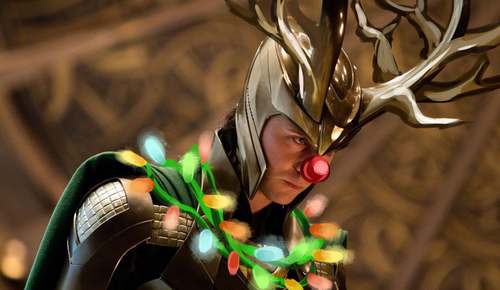 And the other raindeers left aren’t at all how you thought they were!

While at least one of them has the sadistic pleasure of tormenting drivers!

But finally, they managed to arrive to deliver your presents… How do we welcome Santa Claus?

We welcome Santa to town by decorating the streets and buildings with jolly lights and highly spiritual symbols of love, peace and hope, because we are true artists when it comes to Christmas decorations, right? 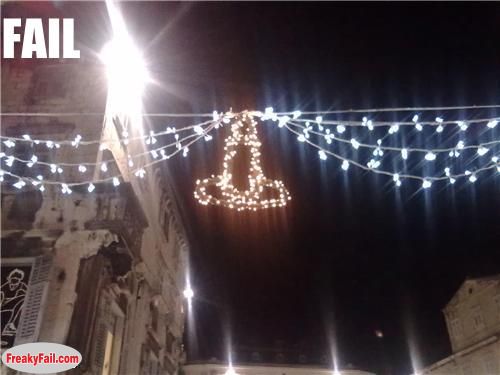 But at least our houses welcome Santa Claus with soothing carols like Silent Night or jolly ones, like Deck the Halls, right?

Wrong! Gangnam Style is the Carol of the Year!

What, you thought Santa doesn’t listen to music? We just showed you he likes to party and the man surely got the moves!

So if you thought Santa is walking tip- toes to your house, myth busted! He’s actually doing the Gangnam style himself!

He’s gonna keep on dancing inside your house too, don’t for a second he won’t!

Christmas Myth Busted! Santa never gets to eat his milk and cookies! 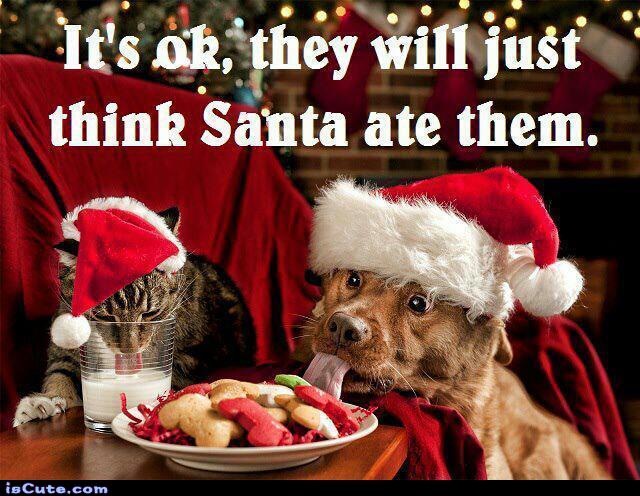 And after a hard night’s job, what does he do?

He has his picture taken with Gandalf and Captain Picard! 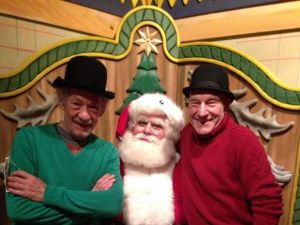 And what do we do on Christmas day, then?

Go to the church and have our hearts filled with the greatness of the miracle?

Yeah, but sometimes we get a bit sleepy…

After all, we have been so busy…

Destroying our own trees just to beat our cats to it!

So contrary to popular belief, we don’t actually keep partying for days in a row during the Christmas holidays

Because we tend to fall asleep at random… 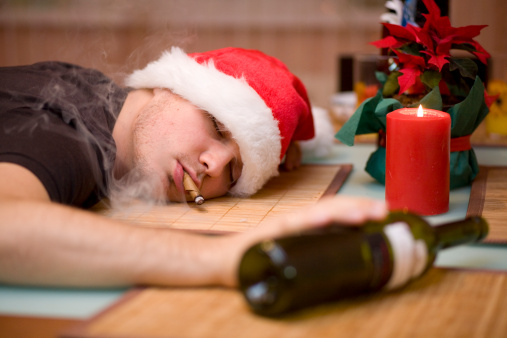 Now you all know the truth about Santa, the reindeer, the holiday traditions and what people do around this time of the year. With these Christmas myths debunked, we can all go now and try our best to have the most wonderful time of the year! Joy to the world!