The Story: Great Roman general Maximus ended another campaign with a great victory and intends to go home to his wife and son. The Emperor wants to grant Maximus the honor of the throne, but the rightful heir, Commodus, finding out about his dying father’s plans, orders the execution of Maximus and his entire family. Barely escaping this cruel fate, Maximus ends up a slave and has to fight in the arena in order to survive and recover what was stolen from him, while revenging the death of his loved ones.

Why is it on the list: Because in terms of screenplay, directing, acting and soundtrack, the movie was flawless. Because it intertwines a man’s ability to fight the most violent and bloody of fights with his profoundly human nature. Because the whole movie is a lesson for Maximus and the viewers, that a man can rule an empire not relying on his own power, but the power of the people. Because it is a story about falling and rising and growing up in the process. Because the music makes half of the film’s atmosphere and because Russel Crowe shows brilliant acting skills.

Quintessential quote: “Today I saw a slave become more powerful than the Emperor of Rome.” (Lucilla) 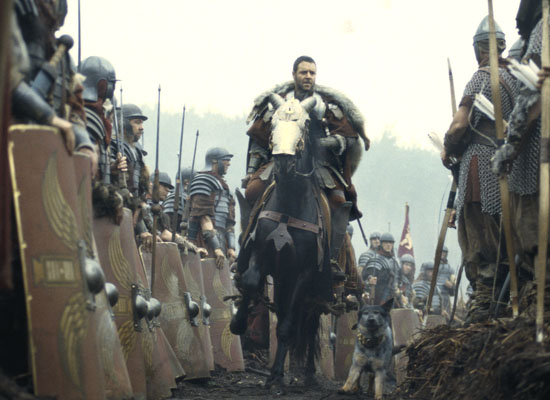 The Story: In his naivete, Charlie Babbitt hopes that the father who estranged him so long ago,  had a change of heart and left him his fortune upon his death. No little is Charlie’s surprise when he finds out all he’s left is an old convertible Buick and an autistic older brother who has two major qualities: own 3 million dollars and has unearthly mathematical skills. Their initiation journey begins when Charlie borrows Raymond from his asylum, hoping to make at least half the money he so craves for.

Why is it on the list: Because you don’t have an “disability movie” without listing Rain Man in the top. Because it still gives shivers down the spines of those who watch it, and even if it depicts autism as a form of special type of genius (which is not always true), the movie is about friendship and loyalty, about sacrifice and maturity. Everything changes as the Buick makes another mile, except for Raymond, but Charlie is the one who has to be taught a lot lessons with every step. One of the most emotionally loaded movies of all times, Rain Man still appeals to the public at it did years ago.

Quintessential quote: “I just realized I’m not pissed off anymore. My father cut me out of his will. You probably knew he tried to contact me over the years. I never called him back. I was a prick. If he was my son and didn’t return my calls, I’d have written him out. But it’s not about the money anymore. You know, I just don’t understand. Why didn’t he tell me I had a brother? Why didn’t anyone ever tell me that I had a brother? Because it’d have been nice to know him for more than just the past six days..” (Charlie) 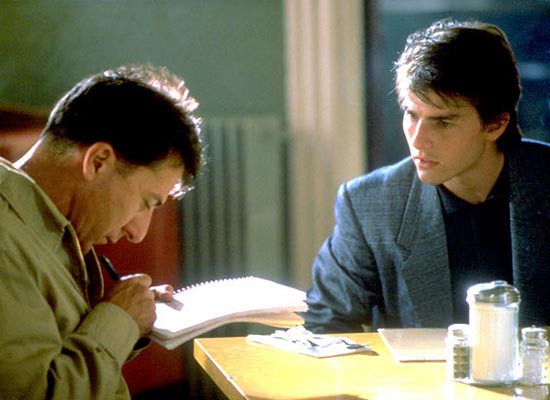 The Story: The story revolves around mob boss Marsselus Wallace, two of his hit men, his wife and a boxer Marsellus wanted from him to lose a fight, together with two lame pathetic diner robbers. Four stories which intertwine beautifully and bring together together the most unlikely of heroes.

Why is it on the list: Because you still use icon phrases from this movie, because since that moment on Samuel L. Jackson became the symbol of the badass, because we loved to see Travolta still having the moves on the dance floor. Because it became a cult movie, something to think about, something to laugh of and something to remember when you have a casual conversation about redemption and being who you are and not what others pretend you to be.

Quintessential quote: “Normally, both your asses would be dead as fucking fried chicken, but you happen to pull this shit while I’m in a transitional period so I don’t wanna kill you, I wanna help you. But I can’t give you this case, it don’t belong to me. Besides, I’ve already been through too much shit this morning over this case to hand it over to your dumb ass.” (Jules) 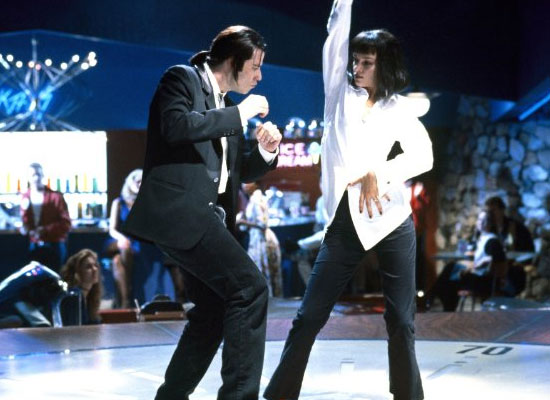 The Story: The movie follows the complicated and disturbing life and career of Jake LaMotta, a boxer who acts in his life just as he acts in the ring: violently and ruthless, making him a forever angry time bomb who will witness glory and descent, while his story is marked by desperation, alienation and failure as a human being.

Why is it on the list: Because there were few movies that can match this one’s intensity. Because it speaks of the darkest corners of a human’s soul and the path to redemption that one might choose or not to take. Because the screenplay, the directing, the mixing of boxing scenes with life scenes is spectacular and because DeNiro made a role that will not be easily forgotten. Because it is both violent and touching, poetic and satirical, optimistic and pessimistic and because it explores so many human depths and angles, it is truly a psychological study of human cognition, emotion and behavior.

Quintessential quote: “I remember those cheers / They still ring in my ears / After years, they remain in my thoughts. / Go to one night / I took off my robe, and what’d I do? I forgot to wear shorts. / I recall every fall / Every hook, every jab / The worst way a guy can get rid of his flab. / As you know, my life wasn’t drab. / Though I’d much… Though I’d rather hear you cheer / When you delve… Though I’d rather hear you cheer / When I delve into Shakespeare / “A horse, a horse, my kingdom for a horse”, I haven’t had a winner in six months.” (Jake LaMotta) 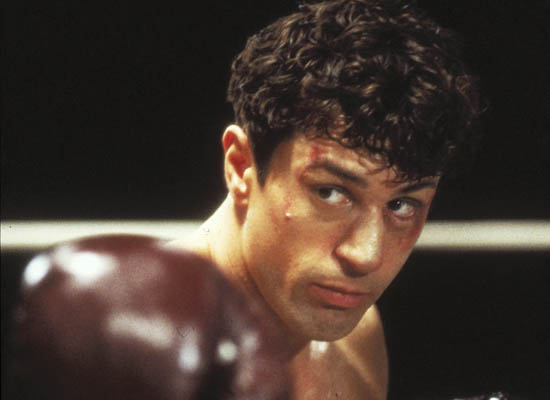