Today we will discuss the fascinating subject of people who survived plane crashes, as when it comes to planes, many people fear the same thing: what if they fly us into eternal oblivion? Psychology knows and treats fear of flying, while air transportation is still one of the safest means of traveling. The chances you are actually involved in a plane crash are quite low if you take over a look at official statistics and numbers, but hey, when they happen, you’d better have seen the famous Lost TV series, just in case you end up on a freaking deserted island in the middle of nowhere with a plane on fire and some companions even weirder than you are.

If you need a good scare, you can forget about Halloween treats, costumes and horror movies and just read the database describing the world’s major aircraft disasters in history. No sleep for three days guarantee. But here on TenMania, we wrote also about the safest air travel companies in the world, so if you’re just a little afraid of flying, you should know technology (and some past aircraft catastrophes) really led major companies to make all the necessary steps to make air traveling safe and comfortable. According to 2000 statistics, only 1 in 1.2 million flights ends up in an accident.

There is also the good news of people surviving these plane accidents, just because now we have better built planes and better trained pilots, but still, there are some folks out there you don’t want to share a plane with. Yes, they survived post-traumatic stress disorder inducing events and they can consider themselves lucky. So for your peace of mind, let’s look up at ten of these plane crash survivors and hope for the best when we step foot in the next plane to fly us to our favorite holiday destinations. 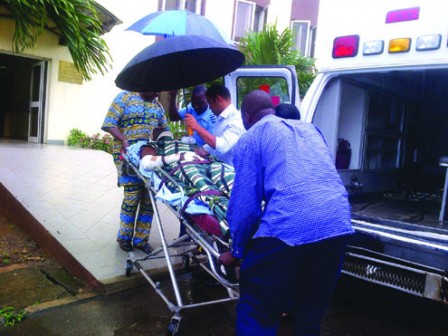 The Lagos (Nigeria) plane crash kept the headlines quite busy in October 2013, especially because the confusion and the contradictory news regarding Feyi Agagu, the son of the late former Governor of Ondo State, Dr. Olusegun Agagu. The charter flight faced engine failure and hit the ground just after take – off. The total number of fatalities raised at 17 dead and Feyi Agagu, first reported as having major injuries and an unstable condition, was later listed among the crash survivors.

Now, if you’re thinking about Nigeria and flying with its airlines, some precaution measures would be necessary, as since 1992, Nigeria counted at least seven major plane crashes. This last event took place with Associated Airlines of Lagos, but in case you need to be prepared, you can read some tips on how to survive a plan crash HERE. 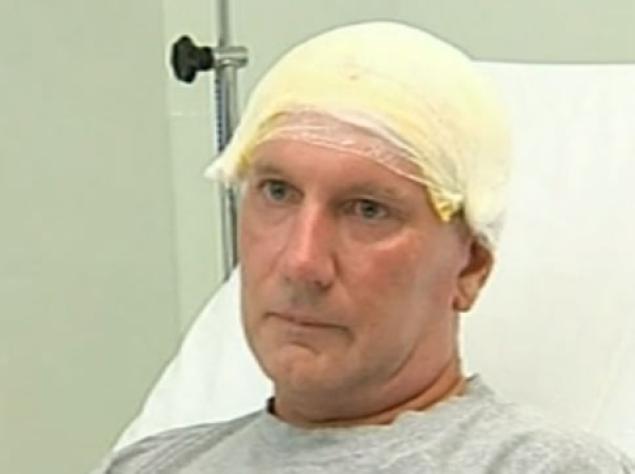 The sole survivor of the Lokomotiv Yaroslavl air disaster, Alexander Sizov was the flight engineer of the deadly airplane. Amazingly, according to the news, he wasn’t wearing a safety belt when the plane failed to gain altitude, struck a tower and plummeted to the ground.

The plane was taking one of Russia’s top league hokey teams and stuff to Minsk, but unfortunately, it only brought home tragedy and pain, with 44 registered fatalities and only Alexander to tell this horror story. The air accident seems to have been caused by human error and the world of sports mourned the loss of so many innocent lives.

You can read a full interview with Alexander, who stated that he was “saved by a miracle” HERE. 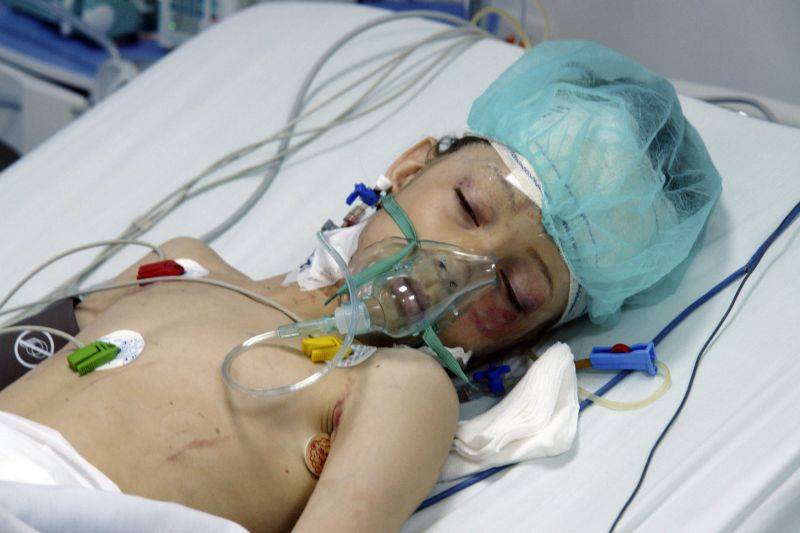 The miracle Dutch boy was the only survivor of the Afriqiyah Airways tragedy of 2010, when, according to the media, the Airbus A330-200 ploughed into a sandy field just short of the runway in Tripoli, Libya. Ruben, 9 years old, had to find out about his entire family’s death from his uncles. The crash took the lives of 103 passengers.

On a more positive note, the media covering the aftermath of the event noted that the boy was recovering well and he was back to the Netherlands, trying to have a normal life. However, given the torments that characterize Libya, the true causes of the accident are yet to be thoroughly researched and revealed, even if some of the official statements claim the pilot having a heart attack. 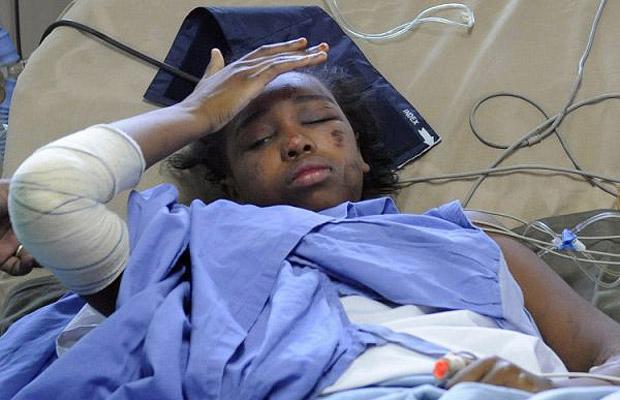 Just as in the case of Ruben, it seems that angels do take care of children, as Bahia was the sole survivor of Yemenia Flight 626, an Airbus A310, which crashed into the Indian Ocean in 2009. The girls was 13 years old at the time and her story looks like taken directly from one of Hollywood’s best movies ever made about surviving catastrophes and if you ask us, the producers of Lost could have learn a thing or two from her regarding ocean plane crashes: the girl didn’t know how to swim well, didn’t have a life vest and yet clung to a piece of airplane wreckage and spent the next nine hours in the middle of a furious ocean, in darkness, waiting to be rescued.

This accident was considered the deadliest sole-survivor ocean crash (Aviation Safety Network database), with 152 fatalities and a year later, after recovering, young Bahia wrote a book with the help of a ghostwriting French journalist where she told her story sinister and of wonder. It has been rumored that great Steven Spielberg himself wanted to turn the book into a movie (what did we say before, Hollywood loves a good tragedy inspired by real people and events) but Bahia turned him down each time. Although she is one of the most famous people to survive plane crashes, she kept under the radar of Hollywood fame.

You can read Bahia’s story as the book is available for purchase HERE. 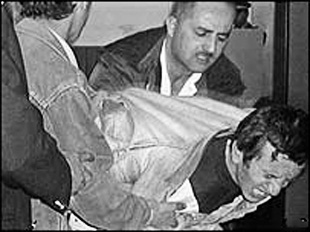 According to the media coverage, Air Algérie Flight 6289, a Boeing 737-200, was an Air Algérie scheduled passenger flight that claimed the lives of 102 people who one early morning in March 2003 never suspected for a second they will become the hottest news headline of the day. The only survivor, young soldier Youcef Djillali was the only one to survive.
In 2010, The Guardian covered the stories of plane crash sole survivors, emphasizing that even if it looks like the children are the most likely to survive, this actually has little to do with age.
Youcef Djillali seems to confirm air safety expert David Learmount, cited by The Guardian, that the best equipped people to survive are fit young men. If you survive an accident, often a fire takes place and the first out are the ones who survive – and they tend to be young men who are frequent travellers. They are fit, young and healthy and know where the exits are. 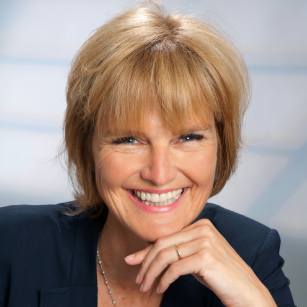 Annette, by all laws of physics and nature, shouldn’t have been alive after Vietnam Airlines Flight 474 crashed into a mountain on November 14, 1992 in Vietnam. And yet, she managed to stay alive in the jungle, drinking rain water until she was rescued, had to see her fiance dying instantly upon  impact and the rest of the surviving but injured crew members dying in the wilderness of the jungle.

Annette had a hard time speaking about her ordeal, but she opened up only after hearing the story of Ruben van Assouw and his tragedy. Her plane accident was caused by a tropical storm.

You can visit Annette’s personal website HERE and find out about her book Turbulence, available online in the immediate future. 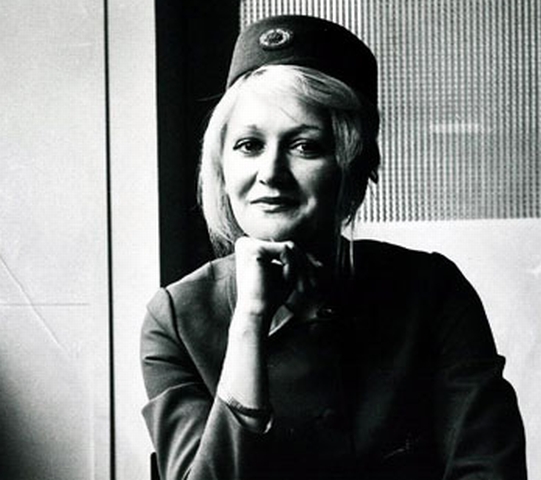 We’ve already talked about people being mentioned in the Guinness Book of World Records for crazy sports and stunts, but Vesna managed to beat them all, in the saddest way possible: she holds the record for surviving the highest fall without a parachute: 10,160 metres (33,330 ft).

Flying attendant Vesna Vulović, 22 years old, not only that shouldn’t have survived that fall, but she wasn’t even supposed to be on that flight. Her being confused with another female attending called Vesna, she embarked the Czech JAT Flight 367 only to see it exploding and breaking apart in mid air.

Vesna was salvaged from the wreckage of the plane but not for a second did she gave up on her courage and inner strength: she continued to work for the company as a desk clerk, after she recovered from her paralysis – inducing injuries and many times after she declared she never developed a fear of flying but she also continued to watch airplane movies. A decorated national heroine in her own rights, Vesna was the absolute ruler of Cracked.com’s list of 7 People Who Cheated Death (Then Kicked It In The Balls). She soon became one of the most famous people who survived plane crashes and her story will be told many years to come. 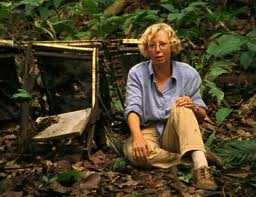 Julianne was only 17 years old when the LANSA Flight 508 broke up in mid air and crashed in the Peruvian forest in 1971. Juliane survived a fall of ~10,000 feet while still being stranded on her airplane seat. But Julianne was born and raised a survivor. Her parents lived and worked as zoologists in the nearby area of the jungle and Julianne could have shamed even Bear Grylls on her surviving skills: she managed to keep a maggot infestation in her wounded arm under control by treating herself with gasoline, she oriented her road back to civilization with the help of a water stream, she managed to keep sane in the wilderness of a jungle that can kill a man in the blink of an eye and survived 11 days in some of the most dangerous places on Earth to tell her story, as one of the few people to survive plane crashes who also bares an incredible survival story.

Juliane recovered from her injuries, even if she had nightmares of her ordeal many years to come. The media considers her an icon of survival stories and she regularly returns to Peru.

You can read her autobiography When I Fell From The Sky released in 2011, available for purchase HERE 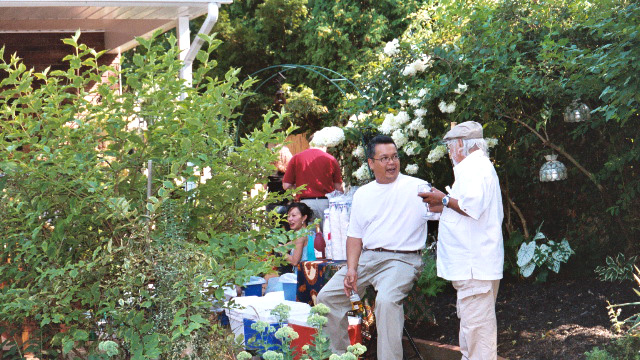 Nestor Mata is a veteran journalist who seem to have seen them all as the Korean War correspondent for the Philippine Herald. So covering the fresh election of new Philippines President Ramon Magsaysay was a piece of cake for a journalist whose writing career can be traced over a period of sixty years.

And yet, the unfortunate President brought Nestor his own share of bad luck when accompanying the President and some governmental officials for a speaking engagement to Cebu, he looked death in the eye, as on their return to Manila, their plane crashed over Cebu. Nestor was the only survivor, the accident claiming the lives of 25 people, including the President.

What did he do after the crash? He lived life to the fullest, indulging himself in speaking the truth and shaming the Devil, while developing deep interest for the arts and life’s pleasures.
The press and the people love Nestor’s liveliness and passion for life  and you can read a full account of his actions after the accident HERE 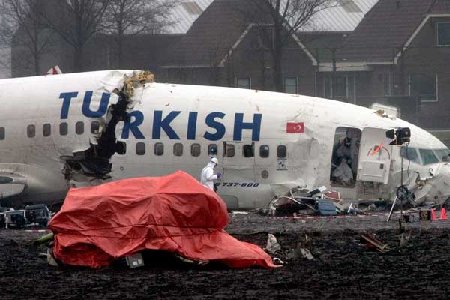 Ladies and gentlemen, we saved the best for the last! This man survived not only one plane crash, but two, in an eight days period! The Dutch businessman didn’t seem to be too affected by his first plane crash, a flight taking him from Istanbul to north Iraq, but a few days later he embarked another plane which had the unfortunate idea to crash near Schiphol.

You have to grant yourself the favor of reading this story, as it is funny beyond imagination, especially when it reaches the part with De Knecht goes back inside the plane twice, once to fetch his glasses and once to fetch his mobile phone.

Do you know of other people who survived plane crashes? Were you ever in a plane accident? Afraid of flying, maybe?