One of the most popular children’s networks is the Disney Channel. This channel provides kids with well-rounded shows on a variety of topics for a variety of age groups. Perhaps one of the best things about this channel is that they often create their own films. These Disney Channel original movies have brought joy to generations of people and continue to bring smiles to the faces of many.

​What Are Disney Channel Original Movies?

​When Did These Disney Channel Original Movies Air?

​Why Did They Release Disney Channel Original Movies?

​These movies were a great way to break up the monotony of half-hour TV shows. Plus, they were something that could be hyped up and anticipated.

​Where Can I Buy Disney Channel Original Movies?

​If you are not worried about when you watch these movies, you could check the Disney Channel to see when they will be showing them again. If you want to watch them on your own time, you can get many of these movies in stores or online. The best Disney Channel original movies, the ones featured on this list, can all be found on Prime Video. 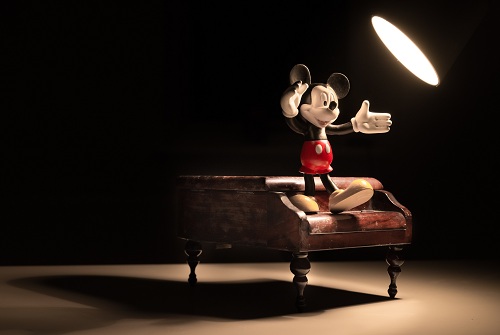 To make sure we got an accurate review of the best Disney Channel original movies, we spent a significant amount of time compiling a list of films. Once we had this list, we went over the overview, pros, cons, price, and release date for each film to determine how entertaining each would be compared to the last. We then reviewed the entire list and came up with a final verdict on the best Disney Channel original movies of all time.

​Overall Price Range of These Movies

​The Cheetah Girls is an inspirational film that shows that dreams really can come true. A group of high school girls form a band, called The Cheetah Girls, and get noticed by a record label. They must then work to stick together, work together, and sing together through a series of revelations. Ultimately, they pull it together and create a successful, loving group.

​The Cheetah Girls was originally released on August 15, 2003.

​The Even Stevens Movie

The Even Stevens Movie
Shop now at Amazon.com

​The Even Stevens Movie is a feature movie based on the Disney Channel original series, Even Stevens. This is a hilarious film about the unexpected vacation the Stevens family embarks upon. Everything seems to go wrong in every possible way, yet in the end, they realize how much they mean to each other. It is a classic family film relatable to nearly every family in America.

​The Even Stevens Movie was originally released on June 13, 2003.

​High School Musical has become one of the most iconic Disney Channel original movies to date. This movie tells the love story of a jock and a science nerd who find their passion through musical theater. Even though everything pushes them apart, they push through it all to show that your passions do not define you. Love can prevail through anything.

​Motocrossed sends a great message to young girls about being able to do whatever they want. A set of twins grow up in a motocross racing family, but when the brother gets injured and cannot race, his twin sister pretends to be him and take his place at the tournament. At first, she struggles with the competition, but through the help of a new friend, she grows as a racer and ultimately wins the tournament.

​Motocrossed was originally released on February 16, 2001.

​The Luck of the Irish

The Luck of the Irish
Shop now at Amazon.com

​The Luck of the Irish is a hilariously heart-felt film about discovering your family history. After being told nearly nothing of his heritage, the main character goes to an Irish festival which sets off a series of chain events. His gold coin is stolen and now his entire family is reverting to their natural form—leprechauns. They must then go in search of the coin to bring the family back together.

​The Luck of the Irish was originally released on March 9, 2001.

​Smart House depicts what may happen if we let technology go too far. After losing their mother in an ice skating accident, the family wins a contest and is awarded with a Smart House. This is a computerized house that is designed to take care of all of their needs with its virtual persona, Pat. The house tries to take on the motherly role, but soon becomes too powerful and locks them in the house. Through some reprograming and grand revelations, the family resets Pat and can live a happy life.

​Zenon: Girl of the 21st Century

Zenon: Girl of the 21st Century
Shop now at Amazon.com

​Zenon: Girl of the 21st Century is a hilarious story of a space girl getting sent to live on Earth. After causing trouble on her orbiting space station, Zenon is forced to live with her aunt on Earth. Just as she makes friends, she learns her space station is in danger and must do all she can to save her friends and family back at home.

​Halloweentown is an iconic film that has elements of magic, mystery, and a little fright. Three siblings are celebrating Halloween when they learn that their grandma is a witch who intends to train the young children in her ways. Their mother is very much against it, but the children explore the unique world of Halloweentown. Trouble ensues, and it is up to the young witches to save the day.

​Halloweentown was originally released on October 17, 1998.

​Brink! is a thrilling film about the intense world of in-line skating. After getting suspended from school due to a race, Brink learns that his family is having financial hardships and joins a rival skating team to make money. The captain of this team sabotages his friendships and turns him into someone he never thought he’d be. After hitting rock bottom and losing everyone close to him, he comes to realize that skating should be about fun, not money. He challenges the captain and wins, regaining his friends and his passion for skating.

​Johnny Tsunami is a film about a surfer who gets sent to live in Vermont. He soon picks up snowboarding, which does not fit in with the skier atmosphere at his school. This rivalry sparks a fight after which Johnny’s father forbids him to snowboard. Johnny and his friend sneak to Hawaii to bring back his grandpa Tsunami. The family heals their hardships, Johnny wins snowboarders the right to ride on the best slopes, and everyone gets along once more.

​Finding the best Disney Channel original movie depends on what you want to watch. There are films based around holidays, like Halloweentown and Luck of the Irish, films about the future, like Zenon: Girl of the 21st Century and Smart House, or just hilarious comedies, like The Even Stevens Movie. Our pick for the overall best Disney Channel original movie is High School Musical. It is catchy, memorable, and adored by all ages.